Notice: Use of undefined constant DIR_MUSIC_CATALOG - assumed 'DIR_MUSIC_CATALOG' in /var/www/html/vqmod/vqcache/vq2-catalog_controller_product_product.php on line 222 And So To Bed - Single download
Back To The Official Suzi Quatro Website
Categories
SUZI

You will find some products have been autographed by Suzi; Suzi is not always available to sign items due to extensive travel and work commitments. We hope to bring autographed limited edition items in the future as new items become available.

Home » Exclusive Downloads » And So To Bed - Single download 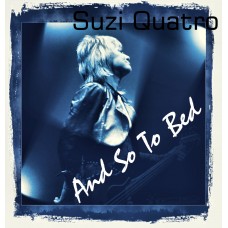 Suzi Quatro  single  - And So To Bed

Suzi recorded ‘And So To Bed’ at Mike Chapman’s studio and Connecticut USA in the late 1990s.

Suzi said “I wrote it after driving through London and seeing a store called 'and so to bed'.. Wow, what a great song title, one of those songs that 'fell out'... I wrote it on my piano at home”. This song was a b side that only came out in a few territories and remains one of many hidden gem captured by Suzi, until now we can share to a wider audience.

And So To Bed sits in Suzi catalogue alongside the likes of Michael, Cat Size and Hollywood.

The single is a download MP3 file. Once the purchase is processed you will receive an email with a link to complete the download the full version and save it to your hard drive.

By downloading this genuine recording you are supporting the artist and musicians work.


Your Review: Note: HTML is not translated!

Enter the code in the box below: